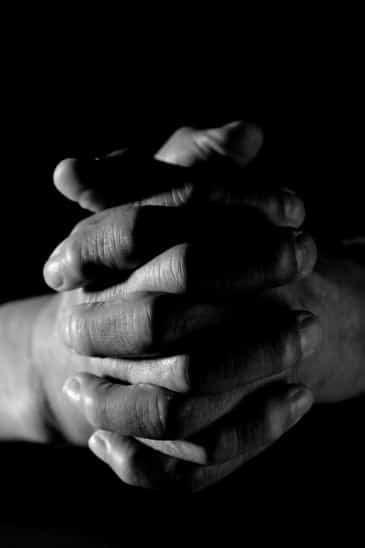 A closeup shot of praying old hands in black and white

I was discouraged after the many rejections of one long evening. I stopped on a stairway near my next door and asked God for guidance and purpose during His work. Two books came to mind instantly, The Desire of Ages and Steps to Christ, books I mostly show last in my canvass. After praying, I was convinced by God that the family behind the next door needed these books and needed them shown first. I was walking by faith and not by sight.

I knocked and waited. A middle-aged man came to the door. I said my name and showed ONLY the books God revealed to me earlier in prayer. The man was astounded and the only words he spoke were, “Oh my God! Oh my God!” Robert, the man at the door had prayed earlier that day and asked God, if he was real, to show him a sign that He was still with him in this troubled time he was facing. After a long talk, Robert got the two books and my final prayer with him before leaving left him in tears on his doorsteps. The power of prayer mixed with faith can only be fully described through one’s personal experiences.

Waiting For The Bus

In The Parking Lot